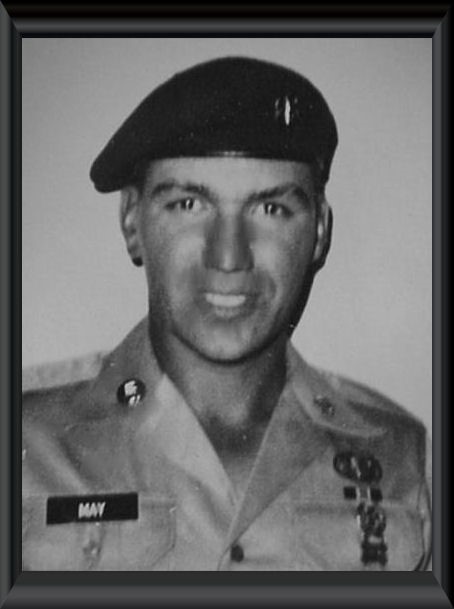 Parents: Burton and Doris (May) Kennard

Michael graduated from Vassar High School in June 1965.   He was an outstanding athlete in high school.  He excelled in basketball, football, and track; breaking many school and state records. He pole vaulted 13’3″ and maintained the school record until it was broken in 1982. He won the state championship in class B twice, once as a sophomore in 1963 and again during his senior year. He placed third in the state his junior year. He was also an all-conference end on the football team his senior year. He lettered in basketball, football, and track.

After graduation Michael attended Western Michigan University aided by a ROTC scholarship. When hostilities in the Vietnam War began to intensify, Michael felt that he had a duty to perform for his country. He left Western Michigan University before he completed his studies to become a lawyer and joined the United States Army on September 14, 1967 and volunteered for the Special Forces. He completed his Special forces training at the John F. Kennedy Special Warfare School, Ft. Bragg, North Carolina, and earned his Parachutist Badge and Special Forces qualification.

In January 1969 Sergeant May received orders transferring him to the 5th Special Forces Group, Republic of Vietnam (RVN). While with the 5th Group, Sergeant May was detailed to the Military Assistance Command Vietnam/Study and Observation Group (MACV/SOG). SOG conducted special operations in Southeast Asia. His team, part of Command and Control South (CCS), operated from a base near Ban Me Thout in the south-central mountains area of RVN. Early in his tour of duty, on a reconnaissance mission, Sergeant May and his team captured a North Vietnamese Army (NVA) soldier.

On March 2, 1969 Sergeant May and his team leader, Sergeant William Evans led a reinforced team of indigenous soldiers into Cambodia. They were inserted by helicopter to infiltrate and reconnoiter a NVA bivouac area. As the team began to exit their point of insertion they encountered small arms fire. After the team established a defensive position on a nearby small mound of earth they requested assistance. Helicopter gunships responded to help the team fight off an assault by a thousand-man NVA battalion. Around 1700 hours the gunships redeployed after stopping the attacking force.

After the gunships redeployed the NVA resumed its assault on the team. During the fierce battle a B-40 rocket propelled grenade (RPG) exploded over the heads of the eleven man team. The blast and shrapnel wounded eight members of the team. Sergeant Evans died immediately from his wounds. The exploding round inflicted severe head and body wounds to Sergeant May and he died approximately thirty minutes later. As the battle continued, the six remaining team members were forced to leave the bodies of Sergeants Evans and May and those of three indigenous soldiers to establish more defensible position.

The attack on Sergeant May’s SOG team was one of three that occurred at approximately the time. The apparently coordinated assaults on SOG recon teams strained the available support and affected reinforcement of the SOG team. A helicopter reconnaissance mission and aerial photography later confirmed the location of the bodies of the two Special Forces soldiers and their indigenous comrades. As a result of them not returning with their team the SF soldiers were initially reported as Missing In Action (MIA). After subsequent investigations their status was changed to Killed In Action/Body Not Recovered (KIA/BNR).

Sergeant Michael Fredric May gave his life in honorable service to his country. He committed himself to God, Honor, and Country in keeping with the tradition of Special Forces soldiers. He died with his teammate, William Evans, as an American hero.

Sergeant May received the following Awards for Heroism: The Bronze Star Medal for Valor, and The Purple Heart Medal for wounds sustained in battle; and The Good Conduct Medal.